The Hine company is named for its proprietor Thomas Hine, an Englishman from Dorset, England. The company was founded in 1763. Following his arrest during the French Revolution, Thomas Hine married a young maiden, Françoise Elisabeth, whose father owned a cognac house in Jarnac. Hine took the company to new heights, and eventually renamed it Thomas Hine & C°. in 1817.

The Hine House has stood at the banks of the quai de l’Orangerie on the banks of the Charente River in Jarnac, France since the 18th century. It is one of the oldest houses in Jarnac and serves as the company’s headquarters. In 1962, the house was granted a royal warrant from Queen Elizabeth II, as suppliers of cognac. Today it is still the only cognac house to hold this honour. 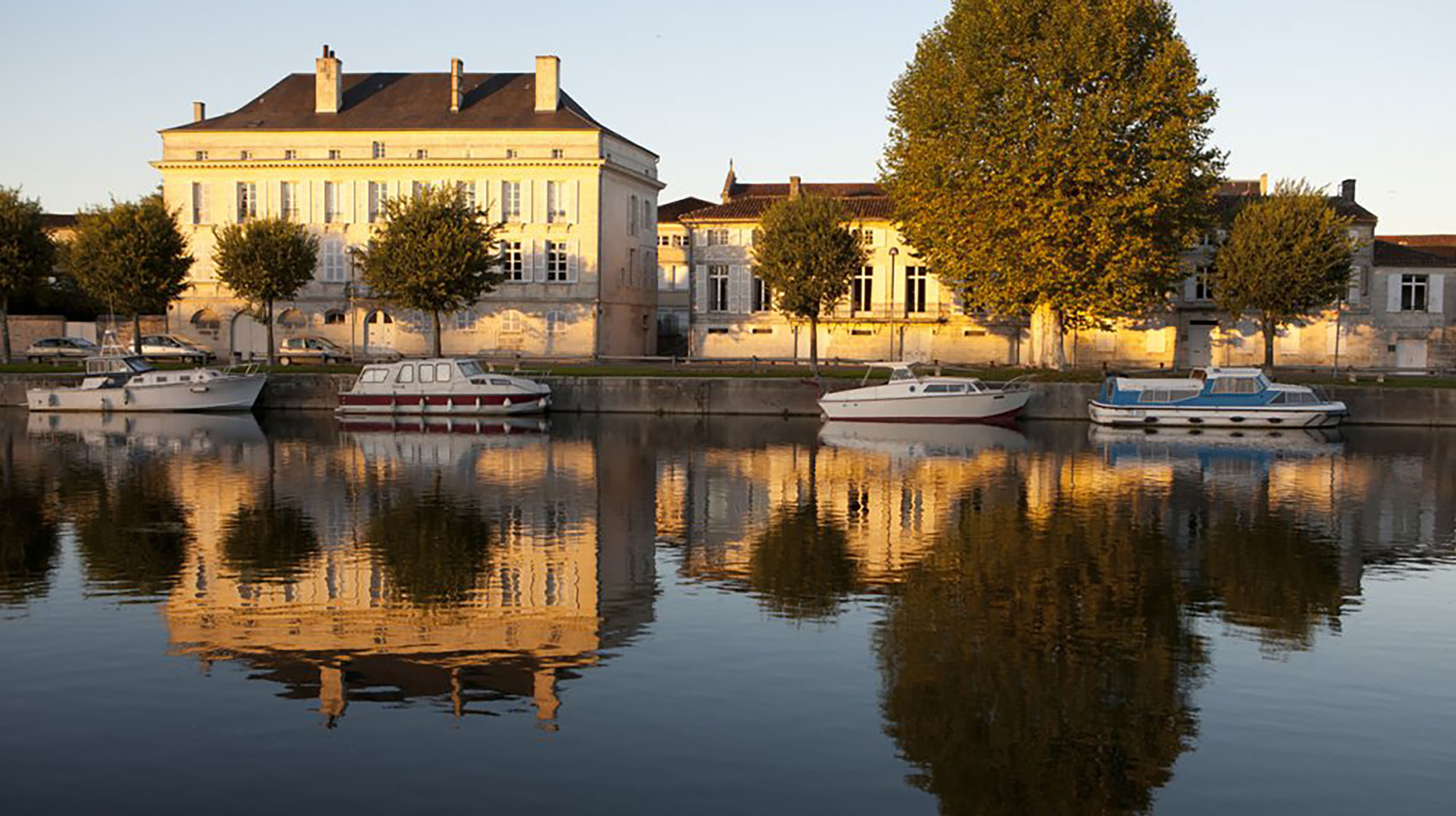 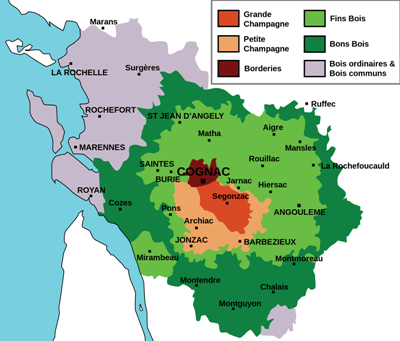 All these specifications are closely monitored by the French agricultural ministry.

In Western France, the regions of Cognac and Armagnac produce some of the world’s most venerated grape brandies. Although they share proximity—Cognac against the Atlantic, north of Bordeaux, about an hour-and-a-half from landlocked Armagnac to the south—they produce two very different styles of brandy distinguished by history, grapes, soil, technique and aging.

Cognac is a brandy specifically made from wine in the Cognac region of France. The primary grape used to make Cognac is Ugni Blanc, though smaller amounts of Folle Blanche (also called Picpoul) and Colombard are allowed.

Armagnac is more rustic in production, which results in a full-flavored brandy. The brandy used to produce Armagnac was made historically by roving distillers. Stills in tow, they would travel to farms in the hinterlands, allowing the farmers to make brandy from their wine without having to buy equipment of their own.

The major difference between Cognac and Armagnac is the distillation. While Cognac is twice distilled using a pot still, Armagnac undergoes column distillation, though much different from the large, modern industrial stills often used to produce neutral spirits like vodka.

The difference in mouthfeel results partially from the concentration of alcohol. Armagnac tends to come off the still at around 52–60% alcohol by volume (abv). Unless it’s blended or bottled at cask strength, it will typically be diluted to around 45–47% abv. Cognac, on the other hand, is distilled twice in a pot still, which brings it to around 70% abv. Usually, it’s diluted and bottled at 40%. Neal says that the additional dilution contributes to Cognac’s lighter sensation.

A pot still allows for more control over the “heads, heart and tails,” or how distillers describe respectively the first, middle and final parts of the spirit to flow out of the still. Cognac contains a larger portion of heart, or the middle section of the distillation run, considered to be the purest in flavor. However, while there is a lot of potential for this heart-heavy spirit to develop, it also means Cognac can take more time to show its more exuberant side. Armagnac, meanwhile, it more likely to be fruity and intense when young.

Like Cognac, Armagnac is blended and labeled frequently with indications like V.S.O.P., X.O. and Reserve to show the minimum age. However, it’s more traditional to bottle vintage Armagnac than Cognac. Vintage Armagnac is relatively affordable compared to other aged spirits, and it’s a great option if you seek a bottle to commemorate a particular year. 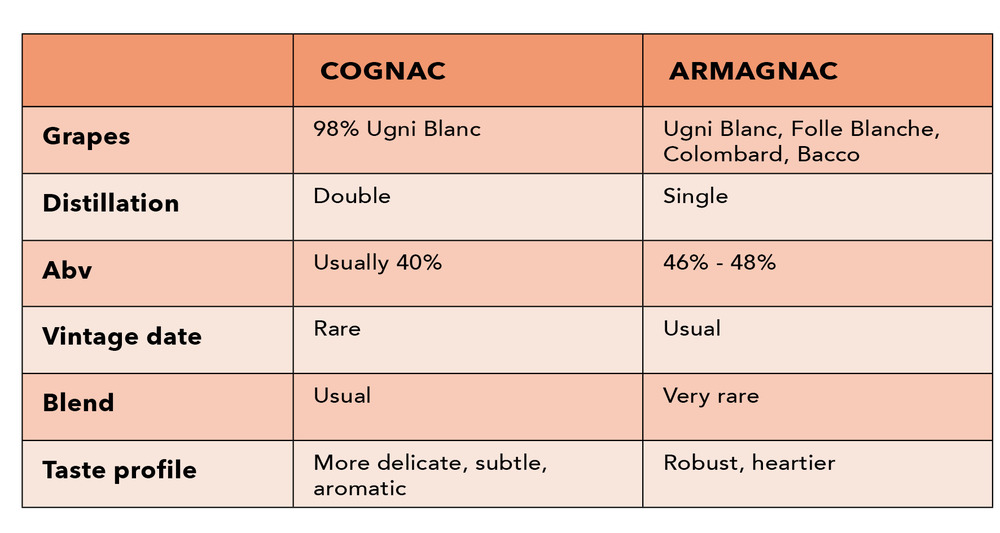 Cognac, Armagnac and their wine connection

For wine lovers, the differences between Cognac and Armagnac are much like those found between big-name wine regions and under-the-radar appellations that also produce competitive, high-quality bottles, but to less fanfare. While Cognac sets sales records year after year, Armagnac has re-emerged as a connoisseur’s drink. It’s beloved by professionals and those in the know, but outsold by its more popular sibling.

Choose Cognac and Armagnac like you would wine. Pay attention to importers and distributors that represent brands you like. When you’re ready to dig deeper, seek out smaller labels for a more distinctive experience.

It’s easy to overlook the details that define regional spirits, but their discovery can be very rewarding. Brandy is wine’s cousin in the spirits world, and Cognac and Armagnac have as much to reveal about where they come from as any wine region on earth.